We had a great night last night at our second event with a full venue in the Workmans Club on the Liffey in Dublin. We played TNG “The Best Of Both Worlds” back to back with “Star Trek First Contact”.  Many thanks to all those who attended.  Some photos of our raffle winners can be found here.

But this was no ordinary event!  We had a live pubcast (video conference) with Oscar winner & self-confessed Star Trek nerd Doug Drexler!!! A Visual Effects Artist and Make-Up Artist on several Star Trek TV series and movies, as well as Battlestar Gallactica!

‘I was a geek before the word was invented’ – Doug Drexler

Part 1 of our event is below.  Doug kindly agreed to a conference call with the Star Trek Eire team before our ‘Locutus on the Liffey’ event.

This was a very special experience.  To hear first hand from a fellow Star Trek fan on how Star Trek gripped him while watching TOS, to carving out a career in the make-up and visual effects industry, was simply magical. Doug has a mesmerising laugh that often pre-empts a story he is about to share! His honesty and friendliness to a bunch of Irish lads who simply have a shared love of all things Trek is a memory we will cherish. Thank you Doug!

‘We saved up enough money to run a 15 second TV ad (for a Star Trek store in Manhattan) during Star Trek…we then had a line around the block for at least a year!’ – Doug Drexler

Part 2 of our interview with Doug below: 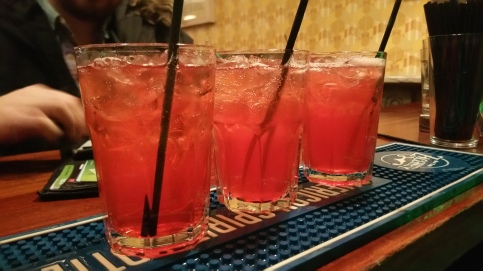 The Klingon Blood wine was flowing all the way to the gates of Sto’Vo’Kor!