You can find more articles from the drop-down menu above. Here’s a random article from our archive below.

Did you watch Star Trek Enterprise when it first appeared on TV 15 years ago? Maybe you missed it or didn’t get to see it all. We here at Star Trek Éire love it! We highly recommend binge watching the whole 4 seasons.  We were hoping Netflix might bring out a 5th season of it but this looks less and less likely..

Darryn Downey (@dar_dar) rediscovered Star Trek Enterprise recently and sent us in the review below. Thanks Darryn!

I was 13 when Enterprise started. Having been brought into the world of star trek by my dad, we both made a weekly thing to watch this new series.
I can’t really remember when I stopped watching, but I would wager it was about half way through the second season. At the time I remember it not having the same feel as anything I had seen before so I got bored and dropped off. My dad battled on for a little longer, but having the same feeling he gave up as well.
Years later I heard from various friends that I should have stuck with it as it picked up, so I always said I would revisit it. 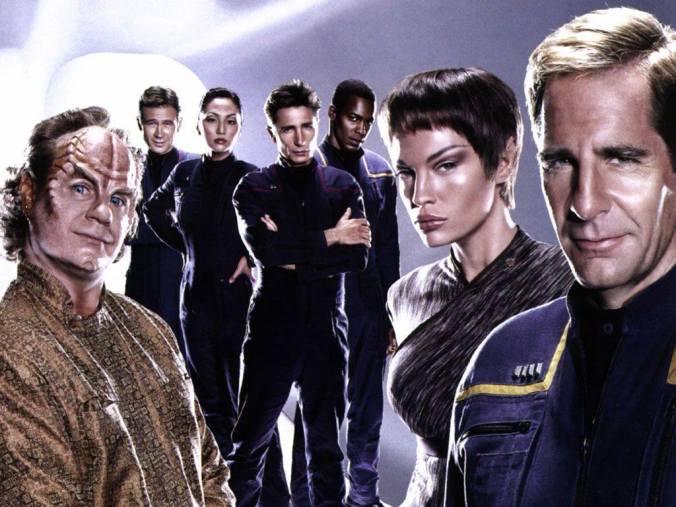 Having not seen it for 15 years I was looking forward to giving it another go and then Netflix gave me the perfect opportunity (thanks Netflix!). So here is my little run down of how I felt as a kind of first time viewer:
Season 1:

I always find the first season of every show to be a little slow, I think because you need time to learn the characters. I figure 13 year old me decided the characters weren’t worth the time, I was wrong. Overall the season kept me hooked enough to keep going. The temporal cold war story arc started here and I enjoyed the concept of it. Some nice things to keep old fans interested such as Klingons and a Ferengi attack (who doesn’t love them??).
The season finale being a cliff hanger involving some interesting time travel and a bleak outlook for the future regarding this temporal cold war.
I enjoyed the earlier relationships between Humans and Vulcans, logic verses heart I think. Archer not fully trusting T’pol, and T’pol being overly strict with the rules and pushy with her opinions. 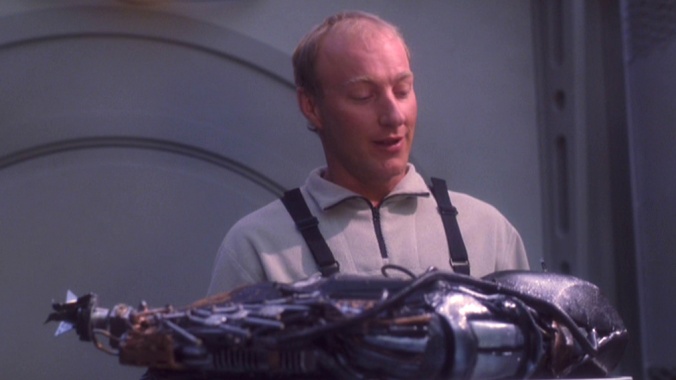 Season 2:
This season had some great character development right from the start. T’pol is a great example as even from the first episode we can see her relationships with others evolving. We also get an episode involving Doctor Phlox and Archer, personally I really liked this, and Phlox grew to become my favourite character.
Overall the season I found to be quite slow, but there were some great episodes in there. I quite enjoyed the Borg showing up but it did seem to throw a spanner in the works for continuity.
Yet again ending on a cliff hanger but also a launch for the main theme of season 3, the Xindi war. 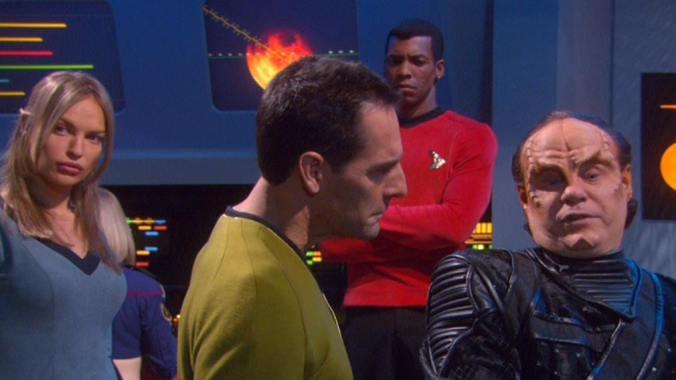 Season 3:
This is the point where we lost my dad, claiming it had gotten “too ridiculous, with the dodgy water aliens”. I am inclined to agree with him as I found a lot of the Xindi council scenes to be fairly badly made. But I did enjoy the change in Archer, we see a darker side to a lot of the crew after the attack on Earth. This season also sees Trip and T’pol’s relationship grow which was interesting as its suggested they are one of the first inter species couples.

The season is way more action packed with all the Xindi battles but I still found it mostly a slog to get through. Some interesting episodes involving time travel usage, and of course Phlox getting to take charge of the Enterprise was great fun, but I do have a soft spot for that doctor.
As is now tradition we get a cliff hanger ending but with more of a twist, we are in World War 2. 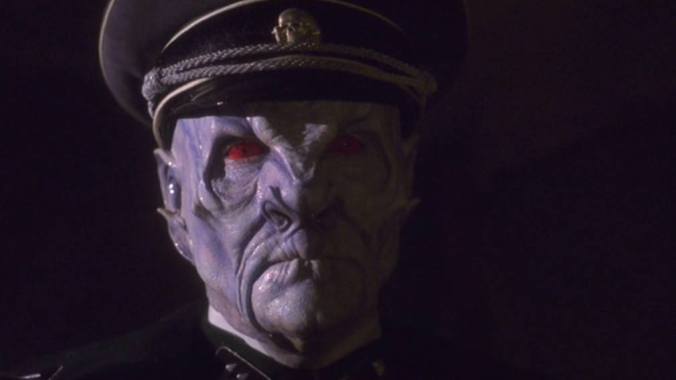 Onward to the final season, where after two silly episodes set in a parallel second world war we get normality again and a hero’s welcome back on Earth. This season includes my favourite story arc with the guest star Brent Spiner (whom we all know and love). If you watch any Enterprise I recommend these three episodes, it is always nice to get some back story on old favourite characters. I found this season to be a show getting into its own, we also get some answers to interesting questions such as why Kirk’s Klingons look different to the Klingons we know and love. I found the mirror universe episodes to be a lot of fun, silly but fun as it was good to see the really good characters being truly evil (I’m looking at you Phlox). This brings me on to the finale which although I thought was a great idea for an episode, I found it robbed the characters of their chance to say goodbye.
So would I recommend Enterprise? Overall its definitely worth a watch, some lulls and some highs but great and loveable characters. I have even convinced my dad to go back and finish it off now he has access to Netflix.

Thanks again Darryn (@dar_dar) for sending your review in!  Let us know how your Dad gets on! Darryn has given us his top 10 Enterprise episodes below.  How does it compare to yours? Let us know on Facebook and Twitter!