To help us introduce our event this Thursday, we will have a guest joining us live via-internet.

This guest is a guy who became a huge Star Trek fan, watching the Original Series before running a small Star Trek store in New York – “The Federation Trading Post” – during the mid ‘70s. He began to write for Star Trek fan magazines in this period before heading into the world of movies, where he worked as a makeup artist on flicks like ‘Amityville-3D’, ‘Starman’, ‘CHUD’, and ‘Manhunter’.

He then moved to Hollywood to run the makeup FX department for Warren Beatty’s Dick Tracy, for which he received an Oscar and a Bafta in 1991. It was then that he took a huge pay cut to get his dream job of working on Star Trek: TNG in 1989, thusly being nominated for a number of Emmys. Transferring to the Art Department, he then worked on Deep Space Nine, as well as the movies Generations, First Contact, Insurrection, and Nemesis.

He worked as a Visual Effects Artist for Foundation Imaging, whereupon he became Senior Illustrator on Star Trek: Enterprise, designing the Enterprise NX-01! He has worked on several books, including the Star Trek Encyclopedia and Ships of the Line, and was a technical consultant for the remastered Original Series and Next Generation. He is currently a CGI Supervisor on Star Trek: The Official Starships Collection and you may even have seen him in the past, as he’s had cameo roles on both Star Trek: TNG and Star Trek: Enterprise. A Klingon called ‘Drex’ was even named after him in ‘Way of the Warrior’.

Ladies and Gentlemen, our live introduction on Thursday is with Oscar winner and all round Trek legend, Doug Drexler. 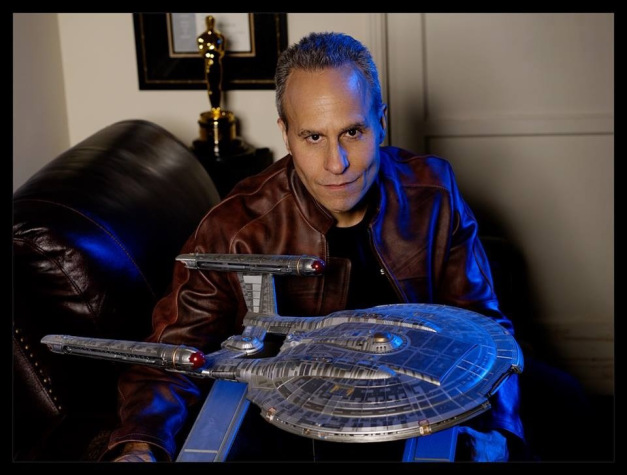